Why Support the
Spirit of Hope Benefit 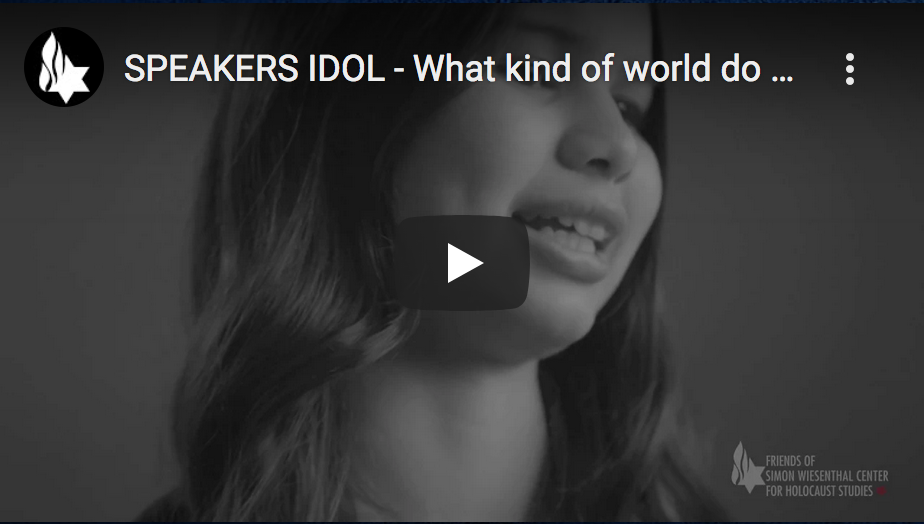 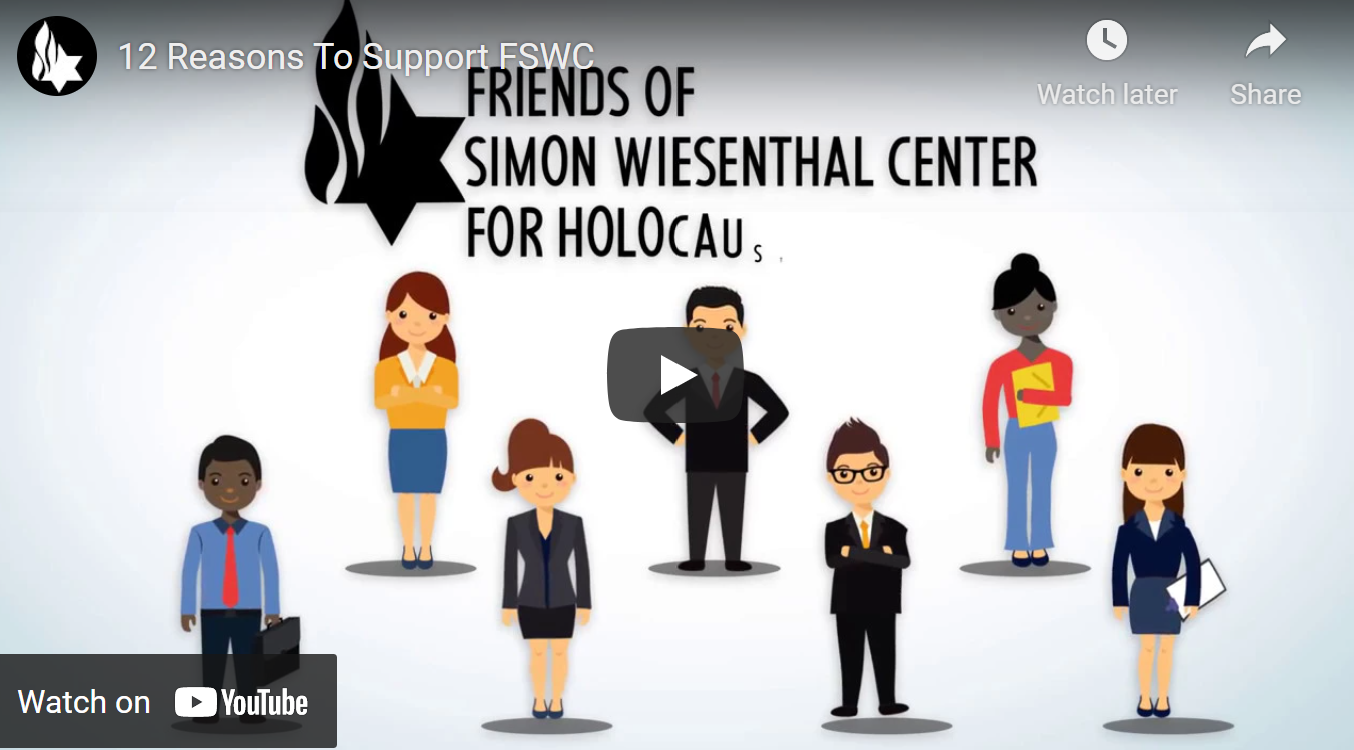 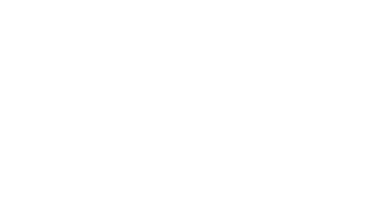 "Freedom is not a gift from heaven, we must fight for it each and every day."
Simon Wiesenthal’s message is shared during special educational events and inspires and empowers thousands of Canadians to raise their voices for freedom, democracy and human rights, and create positive change.

Over 170,000 Canadian students, teachers and community members have been educated through our award-winning Tour for Humanity mobile education classroom and at the Tom & Anna Koffler Tolerance Training Centre.

145 major Canadian leaders with a sphere of influence have participated in the life-changing FSWC Compassion to Action mission to Poland and Israel.

FSWC provides specialized training programs for front-line professionals such as police, educators and politicians.
FSWC’s Holocaust Certificate Course for educators strengthens Holocaust workshops in the classroom and counters antisemitism and all forms of hate. Some Ontario school boards now recognize International Holocaust Remembrance Day on January 27th and FSWC has launched neverforgetme.ca with survivor testimonies for educators to use.
FSWC advocates against antisemitism and the defamation of Israel everyday through published articles, press releases, media alerts, online campaigns and policy development.
FSWC publicly condemns antisemitic acts to counter the messages of intolerance with advocacy and education.
FSWC offers members many ways to get involved, network and collaborate through professional groups, events and committees.
FSWC works to build relationships with different racial, religious and cultural communities.
FSWC holds universities accountable and identifies events like Israeli Apartheid Week for what they are: acts of hatred and aggression towards Jewish students.
FSWC contributes to Academy Award winner Moriah Films, world renowned documentary film producer. FSWC is also a co-sponsor of the Jerusalem Museum for Human Dignity, now under construction in Israel.

Inspiring and empowering Canadians to raise their voices for freedom, democracy and humanity

Friends of Simon Wiesenthal Center is a world class organization that fights antisemitism here at home and across the world. Antisemitism rates have increased profoundly across Canada with an average of 5 million Canadians holding antisemitic views according to our 2018 study. To counter this scourge, we track antisemitism, speak to media,work with police and educators and meet with parliamentarians. We fight antisemitism on campus and in our communities across the country. We hold hate crime seminars, educational meetings and a National Conference on the Holocaust. Many of the programs identified below are examples of the tools we implement to combat antisemitism and promote tolerance, justice and human rights for everyone.

Our award winning state of the art mobile human rights education centre travels to several provinces bringing Holocaust and human rights education to students of all ages, empowering them to raise their voices and take action against hate and intolerance.From big cities to small towns, the Tour for Humanity has already visited 700 schools educating some 130,000 students to date. The “bus” is fully booked throughout the year as schools and communities – utilize this impressive learning opportunity to expand learning about the Holocaust, universal genocide and most critically, inspiring historical figures (like Simon Wiesenthal, Martin Luther King Jr., Mahatma Ghandi) who have made the world a better place.

FSWC has developed a number of workshops to counter antisemitism, and promote tolerance and human rights. We host schools at our tolerance training centre in Toronto and visit schools across Canada to educate and advocate.We work with some 35 boards of education representing 1.5 million students – to discuss cyber hate and bullying; Canada’s tolerance timeline and history; Holocaust and survivor testimony– including antisemitism and discrimination; women’s rights and social equality; Nazi propaganda and extremism and leadership for human rights. Over the last 15 years, we have educated approximately 250,000 students.

One of the most unique programs in the country, Compassion to Action is an executive educational journey for police chiefs, educators and political leaders to visit Europe’s concentration camps – learn about places like Auschwitz and Majdanek and explore humanity’s biggest question - what led to the Holocaust? The journey is one of self discovery and aims to break personal biases and ensure Canadian leaders optimize their daily decisions based on a greater understanding of humanity. The journey ends in Israel where these leaders come to understand modern Israel – its successes and challenges. In its 10th year, Compassion to Action has now sent over 250 Canadian influencers who come back to their communities invigorated and ready to tackle antisemitism and intolerance – in order to make their communities better.

Two unique programs that engage students in a celebration of Canada, of human rights and of freedom. Speakers Idol challenges students from all walks of life to make the best speech possible about changing the world through the lens of the Holocaust. Through this program, we are able to educate thousands of students about the Holocaust and antisemitism. Similarly, Freedom Day is an annual celebration of human rights that has brought together some 40,000 students over the last decade to champion human rights, stand up for Canadian values of tolerance and respect and learn from worldwide speakers who have inspired change in their own communities.

Fighting Antisemitism: through our programs, we educate about the Holocaust every single day. We do this through Yom Hashoah memorials, workshops and educational content, curriculum development and media. We work with Holocaust survivors and many Canadian leaders to promote further understanding. We write curriculum and have recently published a website of Holocaust testimonies called www.neverforgetme.ca This work is continually expanding as antisemitism increases and further understanding is necessary across the country. Our effort keeps the memory of the Holocaust alive as we fightback Holocaust denial and ensure this terrible tragedy is never forgotten.

Through our in house division and our partnership with Moriah Films, the organization promotes its Academy Award winning Films that are based on the memory of the Holocaust and global events concerning antisemitism and Israel. Our films are made accessible to schools and communities as we screen them widely to ensure these important issues are never forgotten.

In all this, we celebrate and advocate for the existence, safety and security of the State of Israel – the homeland of the Jewish people. We attend national and international meetings to reinforce our friendship and advocate our affection for the Jewish state. Here at home, we participate in flag raising celebrations, celebrate Israel’s independence day with events and organize excursions and learning opportunities to the Holy Land. We defend Israel against antisemitic motivated campaigns that aim to delegitimize,boycott, and defame the nation and place its security in jeopardy.

Over the years, Friends of Simon Wiesenthal Center has galvanized the Canadian human rights advocacy community through a growing dinner called the Spirit of Hope. Over the years, the dinner has hosted some 40,000 attendees and over its life span has raised nearly $50 million for the programs and activities of the organization. Attended by Canada’s elite philanthropists, business leaders, politicians, diplomats, law enforcement,educators and leaders of all multi-faith communities, the dinner event has become the place to be each spring for those who promote tolerance, justice, freedom and human rights. Over the years, we have hosted world leaders like Presidents Bill Clinton, George W. Bush and Shimon Peres. We have hosted Prime Ministers like Stephen Harper, David Cameron, John Howard, Ehud Barak and Jose Maria Aznar. The evening has also hosted inspiring and thought provoking journalists, thinkers and writers like Elie Wiesel and Salmon Rushdie,among others. Most recently, the dinner featured Ambassador Nikki Haley and awarded her with the FSWC Award for Human Rights. This evening has truly become inspiration and iconic under the FSWC banner.